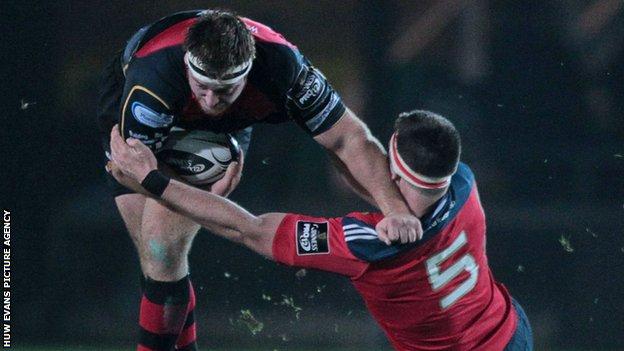 Newport Gwent Dragons prop Dan Way has been forced to retire from rugby because of a shoulder injury.

The 28-year-old appeared in over 100 games for the Dragons after making his debut against Gloucester in 2010.

"It's very disappointing that I have been forced to retire from rugby," Way said.

"I'm grateful for the opportunity and the experiences I have been given during my time at the region as it's something that not many people get to do."

Dragons director of rugby Lyn Jones said Way's retirement was a big loss to the region ahead of the new season.

"His shoulder injury became all too apparent in the last 6 weeks of the season," Jones said.

"He has made a wise choice for his future health and we all wish him well."