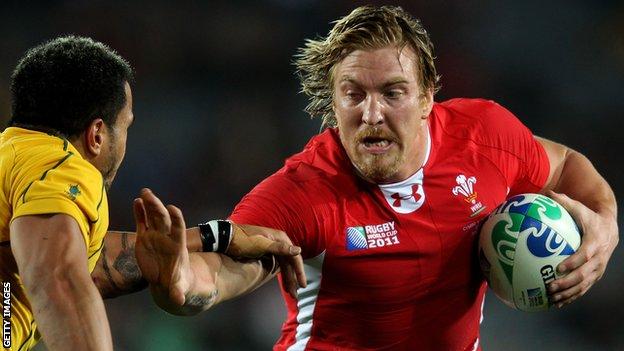 The 33-year-old forward, who has won 23 caps for Wales, started his career at Rodney Parade in 1999 before spells at Beziers, Leicester, Scarlets, Cardiff Blues, Wasps and Sale Sharks.

Powell was part of the British and Irish Lions squad that toured South Africa in 2009 but did not make the Test side.

Merthyr have been strengthening on and off the field in order gain admission to the Premiership.

The semi-pro Premiership will be expanded from 12 to 16 clubs from 2016-17, with the top four Championship sides with an A licence going up at the end of next season.

"If that's what Andy wants to do at this stage of his career then good for him.

"I know everyone thinks everywhere should be a breeding ground for youngsters but you've got to have a bit of a mix.

"They've obviously got ambitions to move very quickly in Merthyr and Andy is a talented player - he'll be extremely talented at that level and he can get them to where they want to go quick."