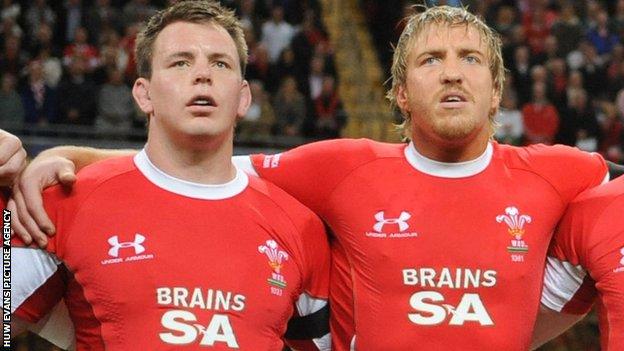 Rees, 34, began his career with Merthyr before going on to play 60 times for Wales and win three Lions caps.

The former Scarlets hooker is a free agent after spending last season with Blues.

He held talks with the Welsh Championship club, but is believed to have decided to seek a move to continue playing at the top level.

Merthyr finished third in the Championship last season, but the Ironmen hope to be part of the Premiership in 2016-17 when the semi-pro division is expanded from 12 to 16 teams.

Aside from Powell, who has signed on a two-year deal, the club have signed ex-Ospreys centre David Bishop.

Head coach Lee Jarvis is pleased with the recruits brought in.

"I think we are happy with what we've got, together with the squad that we've had the last two or three years," said Jarvis.

"These players we bring in, it's not just coming here to end their career with a big pay packet.

"We want them to help the club and help the youngsters, so they will be given some roles within their contract and they are all excited to do that as well in terms of developing youngsters and mentoring him as well."