The scrum-half came off the bench, kicked a penalty and converted his own try as the Wallabies beat the All Blacks for the first time since 2011.

The All Blacks led 19-17 with 11 minutes left before White took control.

Victory gives Michael Cheika's side a boost before next weekend's Bledisloe Cup decider at Eden Park, as well as the forthcoming World Cup. 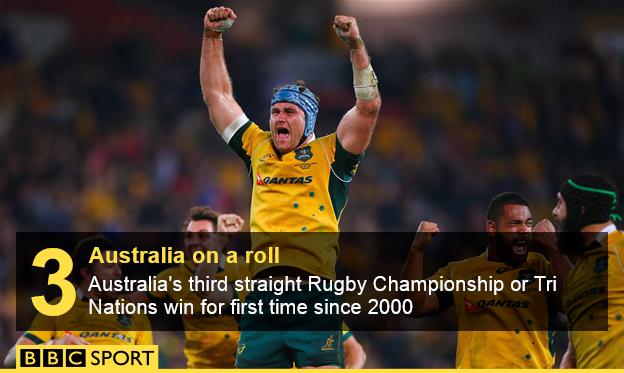 Dan Carter kicked New Zealand into a 6-3 lead in the first-half, with Matt Giteau responding for the Wallabies.

Aaron Smith's sin-bin started the second-half drama, and Australia capitalised on the extra man as Kepu danced over for his first Test try - to make amends for his early yellow card.

Carter's third kick of the game made it 10-9 and it saw the All Blacks fly-half become the first person in Test rugby union history to reach 1,500 points.

With Nick Phipps in the bin, Milner-Skudder raced over to put the Kiwis ahead again but Ashley-Cooper restored Australia's lead when he snuck in to score in the corner, and Giteau converted.

Winger Milner-Skudder scrambled over for his second to make it 19-17, but Carter missed his second conversion, and White stole the glory to win it late on for the Wallabies.