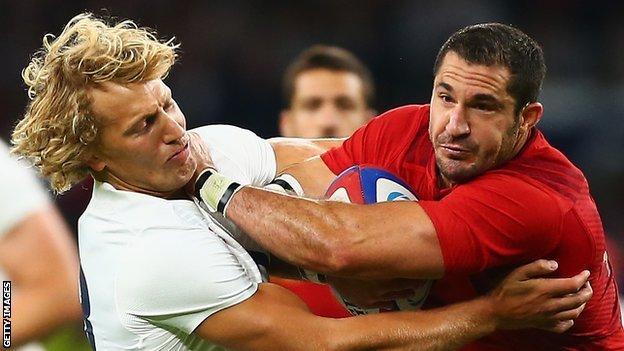 Television referees will use Hawk-Eye technology to help them make key decisions at the Rugby World Cup.

The technology will also be available to medical staff to help assess potential head injuries from impacts.

"It has clear benefits for the match officials, medical teams and fans around the world," said World Rugby chief executive Brett Gosper.

"Central to our sport is the integrity of player welfare and the match official decision-making process."

TMOs will now have access to simultaneous multiple angle replays in real-time and slow motion, along with a zoom-function, to help them make decisions.

And, with concussion an issue in the sport following high-profile cases involving England full-back Mike Brown and Wales and Northampton wing George North the technology will also help officials to identify and review head injuries.

Hawk-Eye is used by a number of sports including cricket, tennis, baseball, athletics, horse racing, football, badminton and volleyball.

The technology works by recording all broadcast angles in real time and making the footage available immediately to help officials, medical staff and coaches.

England begin the World Cup against Fiji at Twickenham on 18 September.