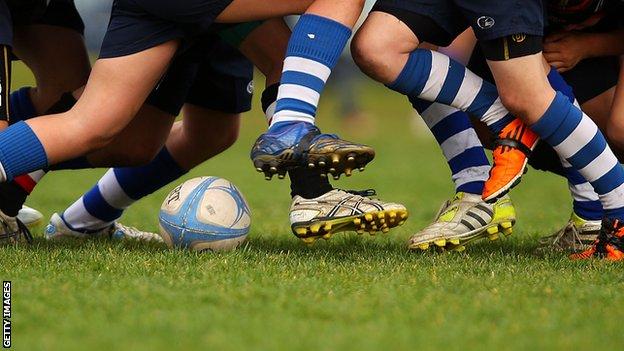 Merthyr RFC player Ben Murphy has been banned from all sport for six months for a doping offence.

The 19-year-old lock tested positive for the banned stimulant 1, 3-dimethylbutylamine (DMBA) after a match against Bridgend Athletic RFC in the Swalec Championship on 7 March 2015.

The substance was believed to have been in a supplement taken by Murphy.

UK Anti-Doping confirmed that Murphy's ban ran from 7 March until midnight on 6 September 2015.

UKAD's Director of Communications and Education, Nicola Newman, said: "Ben Murphy's case highlights that athletes, at all levels, should always assess the need and the associated risk before taking any form of supplement.

"Diet, lifestyle and training should all be optimised, and the advice from a medical professional or nutritionist sought, before taking any supplement.

"Supplements are a known risk and athletes are strongly advised to be cautious when taking them as there is no guarantee that they are ever free from banned substances.

"Under the World Anti-Doping Code, the principle of strict liability always applies - an athlete is responsible for what is in their system. As a result, using supplements that contain prohibited substances will always result in sanctions."