England head coach Stuart Lancaster says he has not panicked by replacing fly-half George Ford with Owen Farrell for Saturday's game with Wales.

Sam Burgess has been selected at inside centre after Jonathan Joseph was ruled out with a chest injury.

"I don't think putting an in-form and confident Owen Farrell into the team is a risk," said Lancaster.

Billy Vunipola comes in at number eight for Ben Morgan, who has a knee injury, while James Haskell and Alex Goode step up to the bench.

Lancaster's decision to drop Ford has been heavily criticised, with ex-Scotland captain Gavin Hastings saying the hosts have "panicked". Toby Flood, who won 60 caps for England from 2006 to 2013, believes the Bath player has every right to feel "pretty devastated".

"George hasn't done a huge amount wrong and I could see why he potentially was a little bit upset with the decision," Flood told Kicca.

Ford played every game of this year's Six Nations, while Saracens number 10 Farrell, 24, missed the tournament with a knee injury.

"There's definitely no panic," said Lancaster of his selection.

"Owen wasn't available in the Six Nations and George was fantastic. We're fortunate to have two high-quality players in that position."

Rugby league convert Burgess, 26, has just three caps for World Cup hosts England, but was chosen ahead of Henry Slade to partner Brad Barritt in midfield.

"People said it was a gamble to put Sam into the 31-man squad. Day by day, week by week he has proven people wrong," said Lancaster.

"It's a big game for Sam but I think he's more than proven over the last three months he's capable of playing at this level.

"He hasn't got the international rugby union experience, but he has the big-game experience."

Burgess brushed off the conjecture surrounding his inclusion, saying: "It's their opinion. I believe in myself. I feel like I've got the respect of my team-mates and the staff here. That's what really counts."

Bath centre Joseph, 24, injured his chest against Fiji and England attack coach Andy Farrell said the injury was "nothing too serious" and would probably keep him out for "not more than a week", though it is understood he is a significant doubt for the match with Australia on 3 October.

Joseph scored four tries in England's Six Nations campaign this year and is one of the most dangerous runners in England's backline.

After facing Wales, England play Australia, followed by Uruguay on 10 October, with the top two teams from the group progressing to the quarter-finals. 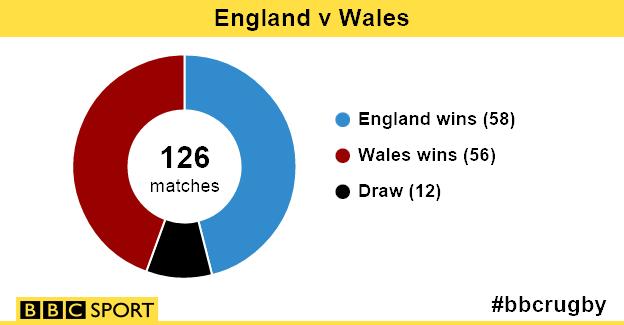