Despite their dramatic defeat by Wales, on their day England can still beat Australia - they just have to make sure that day is next Saturday.

It seems clear that most of England's players are struggling to find their best form under the intense pressure of a home Rugby World Cup.

I hoped every England player would be inspired to play their best rugby and rise to the occasion like a lot of the Team GB athletes did during the 2012 Olympics.

They should be flourishing under this support and buoyed by the feel-good factor, but instead they seem to be burdened by it.

The hosts squandered a 10-point lead as Wales won 28-25 at Twickenham, and defeat on 3 October could all but end their hopes of qualifying from Pool A. 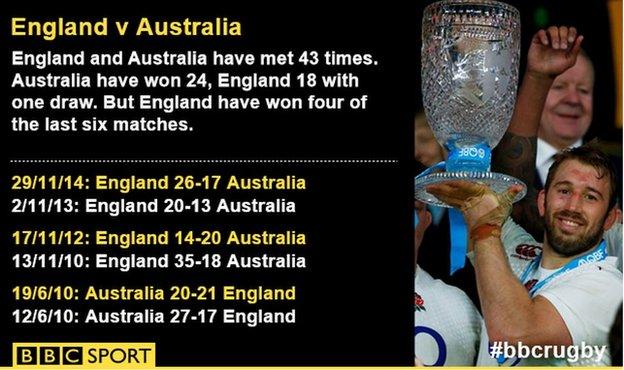 England's best game is good enough to beat this Australian team, as they've proven before at home.

Stuart Lancaster has to select a side that can produce that performance because his and his assistants' jobs probably depend on it.

Wales have a team of winners

Wales have a good number of winners in their squad, guys that have been up against the weight of expectation and have come out the other end victorious.

They have an experienced coaching team who have been there and done it just like the current players - that is a big advantage coming in to big games, and definitely during games like Saturday's epic, because they know what it takes to win.

Wales looked the fitter team to me. They must be happy with their pre-World Cup conditioning, although they are picking up injuries.

If some of those are to do with the conditioning they went through then that's something to review afterwards because nothing can be done now.

I don't believe Wales coach Warren Gatland won the tactical battle over Lancaster, because the match was so close. It could have gone either way and most neutrals I have spoken with say England lost it rather than Wales winning it.

Biggar will be in demand

Wales fly-half Dan Biggar was immense against England, it was a truly unforgettable performance, one that will be remembered for a long time.

The tempo of his penalty-kicking was perfect, he stroked the ball as sweetly as it could be done.

The Ospreys will do well to keep this fella because a lot of French teams will be getting their chequebooks out. At only 25, soon to be 26, and with 36 caps already he will be a wanted man and will be offered a life-changing fortune.

Johnson would have kicked the penalty

Chris Robshaw's call to go for the line-out was brave, he even called the ball to himself, but the ensuing maul got driven into touch by an energised Welsh team.

He understood the consequences of the decision and backed himself and his mates to get it done, it failed and now they must take the criticism coming their way.

Yes, it would have been a great decision if it worked, but it didn't.

The risk-reward decision was to take the kick, because if Owen Farrell missed England would have got the ball back from a clearance or 22-metre drop-out and could have attacked again.

I believe leaders such as former England captain Martin Johnson or current All Blacks skipper Richie McCaw would have gone for the posts in that situation.

However, Lancaster must trust his captain to make those calls otherwise he would have a process in place to make that kind of call himself. 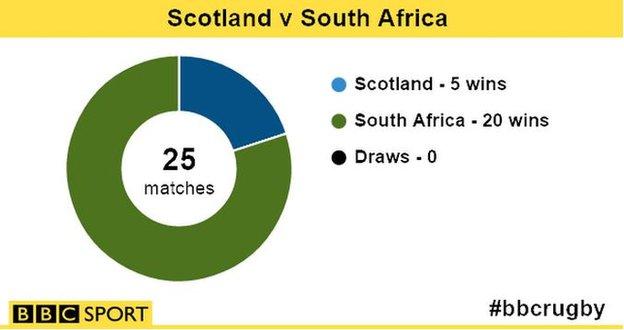 Scotland have achieved what's been required and that's to beat their opponents with bonus points in order to top Pool B ahead of Saturday's crucial match against South Africa.

There are bigger and stronger tests to come than the United States and Japan, with Samoa as well as South Africa lying in wait, but so far Scotland can be pleased to have scored as many points as they have.

Despite the Springboks beating Samoa by a big score, they haven't shown too much to make many believe the match against Scotland is a certain victory.

Japan's fitness was better than the Boks' and Scotland's fitness looks very good. If Scotland limit their unforced errors and keep the game high tempo I don't believe the Boks can live with their pace at the moment.

Ireland look the best of the rest 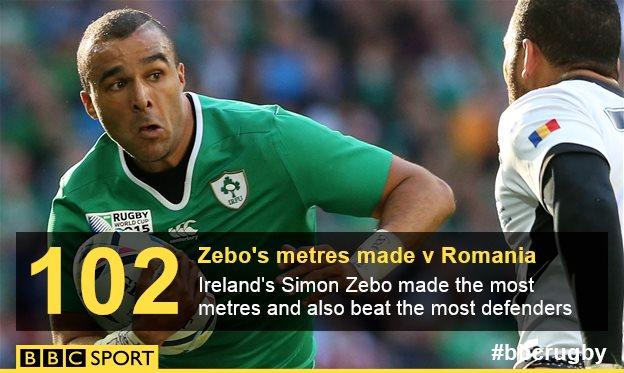 Ireland look the best of the northern hemisphere teams so far, although their biggest tests are still to come.

Yes they've had easier games, against Canada and Romania, but they still require putting away and the Irish have done so effectively.

Simon Zebo must be pushing hard for a place in the first-choice Irish back three. He is a very good footballer, quick, skilful and competes well for high kicks.

He's a great counter-attacker and under Ireland boss Joe Schmidt he has started to make more considered decisions - he's not always looking for that miracle play, which he used to do.

Ireland play Italy next and then France. For those big games I would pick Tommy Bowe on one wing for his big-game experience, but the other spot is wide open as all the contenders are playing well.