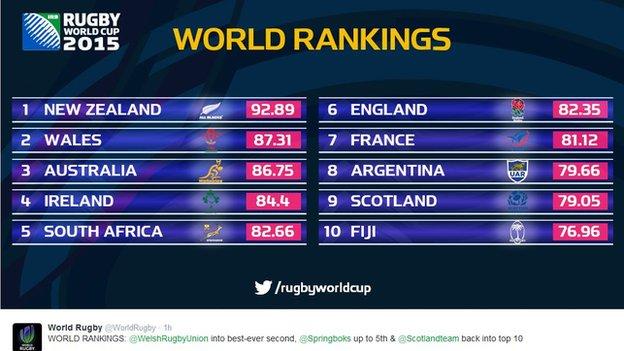 It is the highest Wales have been in the official Test rankings, helped by points earned and lost being double during the tournament.

New Zealand remain top, with Australia in third while Wales' next opponents Fiji, who they play Thursday, are 10th.

Ireland are fourth, England drop to sixth and Scotland climb to ninth.