He is a fully trained firefighter with a seriously hot rugby CV.

The winger has played in three World Cups and he is still only 29.

He is currently in the top three try-scorers in this World Cup and has won the Pro12 title with Glasgow Warriors this summer.

Now this trail-blazing Canada international is set to make his debut for the Scarlets against Leinster this weekend.

Daniel Tailliferrer Hauman Van der Merwe has one of the longest names in the game but avid fans of Pro12 rugby know him simply as DTH.

Defenders from across the league already know DTH as one of the most lethal finishers in the game, and if his World Cup performances are anything to go by he'll soon be a popular name at Parc y Scarlets.

DTH, who recently travelled to Texas to qualify as a firefighter, has been in scorching form for the Glasgow Warriors ever since Gregor Townsend and Sean Lineen spotted him at the 2009 Rugby Sevens World Cup in Dubai, quickly making him an offer to join their ambitious Glasgow revolution.

The Scarlets announced they had signed DTH back in February 2015, allowing the winger time to win his first Pro12 title with the Scottish region by beating Munster in May, but it has been his scintillating play in the current World Cup which has really made the wider public take notice.

The powerhouse Canuck known for his speed off the mark and his elusive running style became only the second player in tournament history to score a try in every pool match (the first being Wales' Shane Williams in 2007).

When he crossed the whitewash in Canada's final game against Romania, Van der Merwe became the first player representing a tier-two nation to score a try in four successive World Cup matches. The Scarlets might have made the signing of the summer. 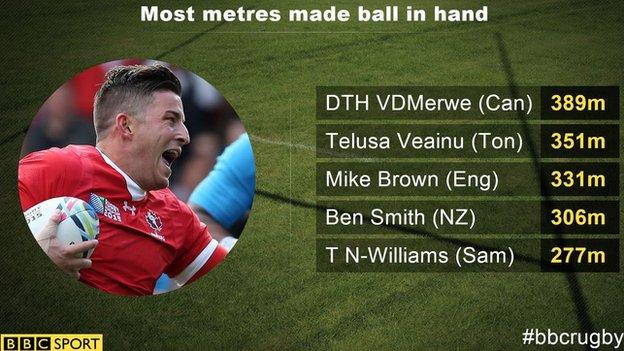 And, as DTH will soon discover, west Wales has seen its own outbreak of 'fever', this time of the Scarlet variety.

In the region branded "heart and soul rugby country" coach Wayne Pivac has guided his Scarlets side to the top of the Pro12 table - three wins from three and the Scarlets now have a chance to kick on with three consecutive home fixtures. 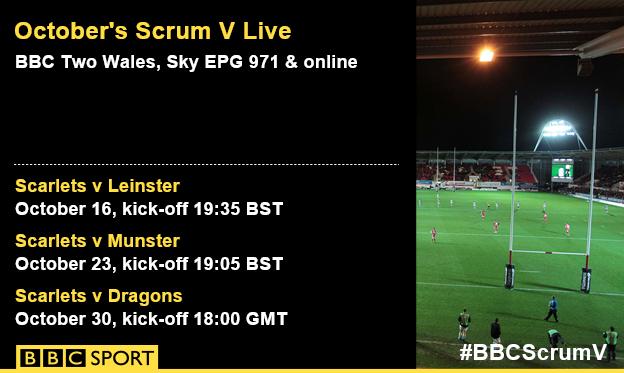 As with so many of the Celtic Pro12 teams, Leinster will arrive in Llanelli without their World Cup stars. Already shorn of their big guns Johnny Sexton, Cian Healey, Rob Kearney, Ian Madigan Sean O'Brien and co, they have now lost Rhys Ruddock and Mike McCarthy who've been called up to replace the injured Peter O'Mahoney and Paul O'Connell.

The Scarlets too have several players away on national duty Van Der Merwe will get the chance to line up in a back line including former All Black Regan King and fellow Kiwi Hadleigh Parkes, who revealed this week he's been training with New Zealand in Swansea.

There have been reports this week linking former Scarlet centre Jonathan Davies, currently at Clermont Auvergne, with a return to the Scarlets.

Just imagine a Scarlets backline with DTH, Jonathan Davies, a fit-again Liam and Scott Williams and Wales' star scrum half Gareth Davies, now that would take some stopping.