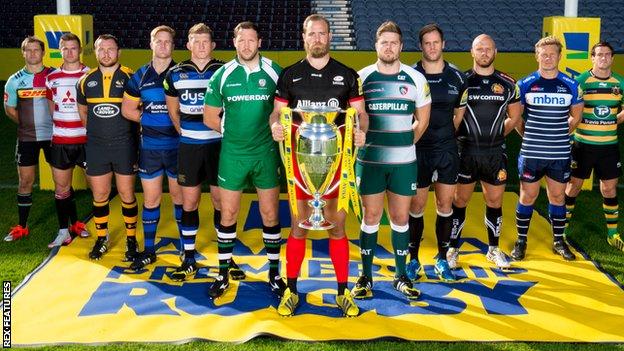 English top-flight clubs did not breach the salary cap despite "confidential agreements" being reached with Premiership Rugby.

He added: "There are no breaches, but we have a five-year window in the regulation which remains open, in case any new information surfaces on any club.

"That remains fully in place and available to the salary cap manager."

The wage cap is designed to encourage teams to produce young players and enhance the pool of English talent.

McCafferty told BBC Sport: "We arrived at a different position where I guess we believed we were right, clubs had a different view of that, we had differing legal opinion over it and there aren't always rights and wrongs in these situations.

"In that context it's better for all parties if an appropriate settlement is reached which is what we've done."

The use of a salary cap divides opinion in the game, with former Saracens chief executive Edward Griffiths having claimed seven clubs wanted it abolished, while Leicester director of rugby Richard Cockerill backed the current system.