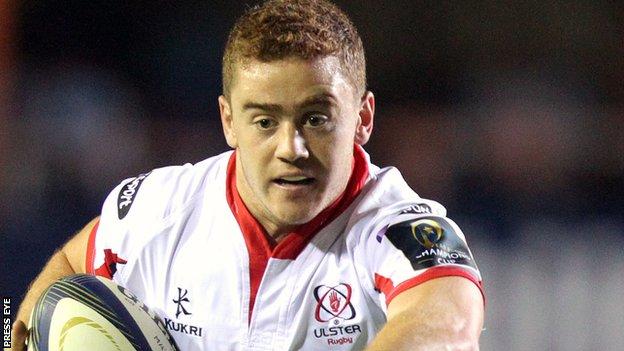 The pair, who played for Ireland at the World Cup, came on as replacements in last week's 24-17 win over Cardiff.

Peter Nelson comes into the side at full-back while the other change is in the pack, where Andy Warwick replaces Callum Black at loosehead prop.

Munster have made seven changes from the defeat by Scarlets.

Simon Zebo returns on the right wing, Tomás O'Leary is in at scrum-half and New Zealander Francis Saili gets a run at centre.

In the pack, James Cronin and Mike Sherry are selected in the front row, Dave Foley starts at lock and Jack O'Donoghue returns at openside.

Uruguayan prop Mario Sagario, signed recently in a short-term deal, is a replacement for the hosts.

Ulster are seeking their first away win of the season, having lost at Edinburgh and Llanelli.

Neil Doak's men have had bonus-point wins in their three home games and lie fifth in the Pro12 table.

Munster are third, having been knocked off top spot when falling to their first defeat of the season at the Scarlets.