Eddie Jones has been described as "one of the top six coaches in the world" by BBC rugby commentator Ian Robertson - but a "school teacher" by former Australia captain David Campese.

Appointed as successor to Stuart Lancaster, the Australian is the 2003 World Cup winners' first foreign coach.

But what exactly are England getting; an attack-minded saviour or a dour administrator?

Jones was the head coach of South African Super Rugby side Stormers, but did not take charge of a match having only agreed to join the club in September after coaching Japan at the World Cup.

His experience with Japan was his third taste of the global tournament after guiding Australia to the final in 2003, where they lost to England, and acting as technical director for South Africa in their 2007 tournament victory.

'Freedom of speech' or 'robotic'?

At the recent World Cup, Jones' Japan played some exciting, attacking rugby, most notably in their shock 34-32 victory over South Africa.

And Robertson feels this is representative of the way the 55-year-old likes his teams to play.

"He has patterns and ways of coaching and plays a good brand of rugby," said the BBC's Robertson. "He believes in the freedom of speech on the field - you have to score tries and play good rugby.

"He goes for the ball players and the creators, rather than the thud, bang, crash, wallop person."

Jones recently criticised the Six Nations for being "a dour affair" that is "built on the foundation of not allowing the opposition to score points".

"You're going to find very structured play and he's going to have the players that do what he tells them to do. It is a robotic style," the ex-Australia skipper told BBC Radio 5 live.

"The whole idea about rugby is playing on the field and entertaining people and getting people to come and watch the game. I think that Eddie will do the job, you'll win, but it's not going to be the fanciest style of rugby.

Jones brings "a lot of calmness" to the role, according to former South Africa second-row Bakkies Botha, who worked under the Australian at the 2007 World Cup.

"When you play against a team that Eddie Jones coaches, you know you will get a surprise package in the game," said Botha.

"He coached the Japanese team and they outplayed the Springboks through cleverness, not brutality or strength, and that's the type of coach Eddie is."

Before he had any contact with the RFU over the England job, Jones was critical of the handling of code-convert Sam Burgess, who has returned to rugby league after England's dismal World Cup campaign.

"They definitely weren't focused enough on how to improve Burgess as a player," Jones said. "You have a guy who comes from rugby league and you ask him to play in two completely different positions - how silly is that?"

Robertson admits there will be aspects of the England set-up that Jones would like to change - notably central contracts for players for more control - but feels the Australian will operate well within the RFU structure.

"He will be happy with the set-up the RFU offer him," said Robertson. "They have the best hotels, the best training facilities and the best gyms. I think he will concentrate very heavily on the playing side.

"He is not necessarily going to agree with everything the RFU want. What he will want is for the players to be contracted to him and then sub-contracted back to the clubs, which is what happens in Ireland. He probably won't get that in England as the clubs are too powerful.

"But he is fully aware and accepting the job so he knows that is one of the drawbacks."

Following Stuart Lancaster's departure from the head coach role, the RFU said it was searching for a replacement with "international experience" - a criteria that ruled out most English coaches but one which Jones certainly satisfies.

However, Campese says opting for a foreign coach like Jones, who he feels is no improvement on Lancaster, shows that England are "desperate".

He suggests the RFU should have looked at home-grown candidates like former England international and Newcastle director of rugby Dean Richards.

"I don't think they should have stuck with Stuart Lancaster because he's a school teacher. Unfortunately rugby is a professional sport and we don't need school teachers. I think Eddie is one as well," he said.

"You've got a guy called Dean Richards. A guy like that played for England, great player, gone through the system, apparently he's a very good coach. Why can't you employ someone like that? Then you get a structure underneath.

"Don't you want an Englishman to coach an English team and win the World Cup?

"It obviously shows that after the World Cup you guys are lost. You've got all the money in the world and all the players and you've still got no idea how to play the game.

"It looks like you're desperate and will just pay the money to get somebody who you think is going to help you." 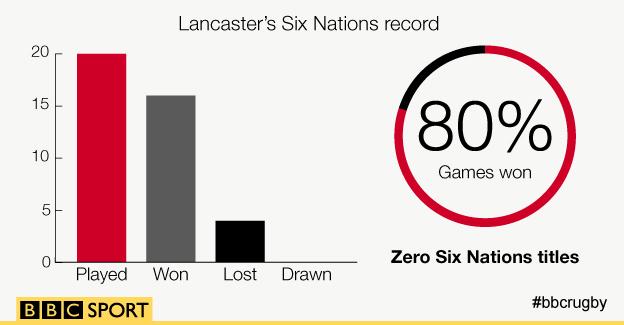 Robertson, though, feels Jones is the right man to restore England's fortunes.

"He is a very good coach and he has been at the top of the game for 15 years.

"By the demands of the RFU, that he be an international figure and be highly successful - that is exactly what Eddie Jones has been.

"As a player, you want the best possible coach. You want a guy who is good at man management and not too intense and he is all of that.

"He will get it to the stage where the players will do anything for him. England are very lucky to get him."