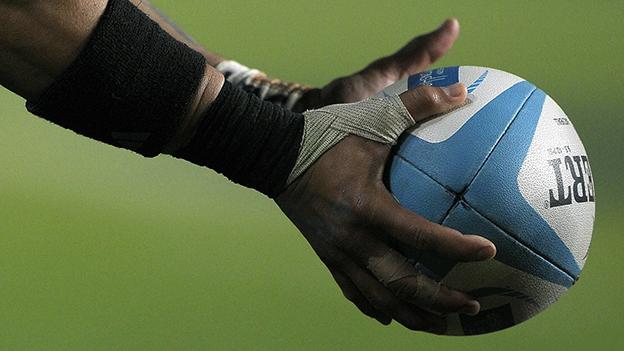 Professional rugby union players in England are "frustrated" over recent doping revelations in the sport, the Rugby Players' Association has said.

Sixteen players at amateur and semi-professional level are currently banned by the UK Anti-Doping Agency.

However, the RPA insists rugby union is a clean sport at the elite level.

"I think the professional players - certainly our members - are very keen to show that it is a clean sport," said RPA rugby director Richard Bryan.

"They look after themselves with good nutrition and hard work.

"When stories are published about anti-doping, everyone seems to get tarnished by it. Our members feel very strongly that that is unfair on them - they feel quite strongly that at the top level it's a clean sport."

A recent investigation by the BBC highlighted issues with doping in Welsh rugby, with claims that steroid abuse is "off the scale" at grassroots level.

"If you look at where the issues tend to be, you are looking at the lower levels of the game, and it's not necessarily the game as much as a social problem, the gym culture, and steroid abuse in general," Bryan added.

Damian Hopley, the chief executive of the RPA, says educating young players is a key priority for those at the top end of the sport.

"The key message from the professional game is to make sure aspiring rugby players are not trying to take shortcuts, and are doing things in a healthy and straightforward way," he said.

Hopley also feels there is adequate drug testing taking place in the professional game, and says the players "overwhelmingly voted" to introduce illicit drug testing following the cocaine scandal at Bath in 2009.

"The players want to make sure they are tested for anti-doping and illicit [drugs], because they want to try and prove they are as clean as can be," Hopley said.