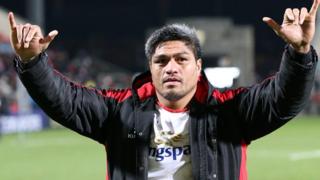 Nick Williams says he is determined to give his all for Ulster during his last few months with the Irish team.

The New Zealander scored the try which gave Ulster a 10-3 victory away to Galway in the Pro12 on Saturday.

Williams, 32, is leaving to join Cardiff Blues at the end of the season - but said he wanted to win silverware with Ulster before moving.