Wales captain Sam Warburton will not play before coach Warren Gatland names his squad for the Six Nations Championship on Tuesday.

The Blues flanker has been sidelined since injuring an ankle in the 13-6 defeat by Ospreys on 28 November.

Wales play Ireland in their opening match in Dublin on Sunday, 7 February.

Warburton could make his Blues return against Calvisano in the European Challenge Cup on 22 January - two weeks before the visit to the Aviva Stadium.

He could also play in the Pro12 match against Edinburgh on 30 January.

Lydiate has not played since injuring a shoulder against Dragons on New Year's Day, while Wales' record cap winner Jenkins was left out of the Blues team to play Harlequins because of a neck injury.

That latest injury is one of a number facing Gatland ahead of his squad announcement.

What are the injury problems?

For Gatland, 2015 was an exercise in filling gaps caused by injuries - particularly in the backs.

Full-back is a particular problem with Halfpenny's natural replacement Williams not having played since injuring his foot in the World Cup defeat against Australia in October.

He is expected to return for Scarlets against Connacht on 30 January.

Gareth Anscombe, who replaced Williams at full-back during the World Cup, was selected on the bench for the Blues against Harlequins on Sunday - his first game since limping off in Wales' quarter-final defeat by South Africa.

Hallam Amos' return for the Dragons provides full-back and wing cover if he is considered ready for international duty.

In the centre, Jonathan Davies is fit and firing for Clermont having missed the World Cup while Tyler Morgan - another of Gatland's litany of autumn injuries - is close to a return for the Dragons.

In the pack, Warburton and Lydiate's absences have been added to by Jenkins' injury.

Scarlets second-row Jake Ball is also out for 10 weeks, but with Luke Charteris, Bradley Davies and Alun Wyn Jones available, this is a position of strength for Wales. 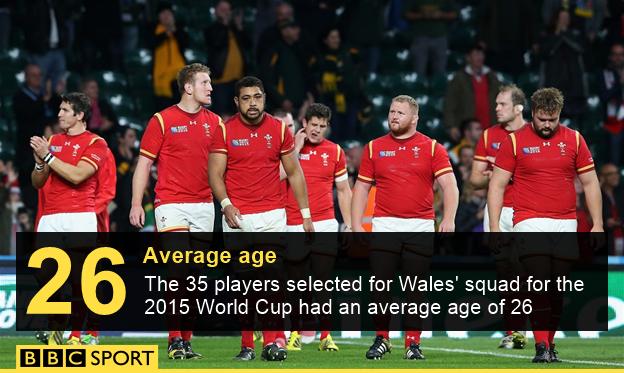 Will there be any surprises?

It seems unlikely Gatland will deviate far from the 35 players who made up his squad during the World Cup.

A lot will depend on whether he is prepared to gamble on players who have played very little or no rugby since the World Cup.

Another issue might be whether he chooses to freshen-up the front-row - particularly on the loose-head where the injured Jenkins and Paul James are 34 and 33 years old respectively.

However, Jenkins' stature as a leader and ability around the field make his omission unlikely.

Behind the scrum, Cardiff Blues' wing Tom James has been in impressive form - and only missed out in the autumn because of a foot injury.

Another to impress for the regions is Dragons' 21-year-old wing Ashton Hewitt - although his lack of physical stature and inexperience could count against him.