In terms of what England wanted out of the game with Scotland I think they got everything.

It was physical, it was abrasive, it was what they talked about all week and what new head coach Eddie Jones said he wanted to get England back to.

Jones said he was going up to Murrayfield to set the tone and leave with the win. He will go away happy and we will see a progression on what they did against Scotland over the next few games.

The tactics were more route one, using the forwards. Centre Jonathan Joseph didn't really get the ball and the wingers mainly got it from kick returns so there is still a bit of finesse for England to put around the back line.

The stats showed that England's set-piece was very good.

Captain Dylan Hartley's line-outs were brilliant (England only lost one of their 15) and they were clinical. 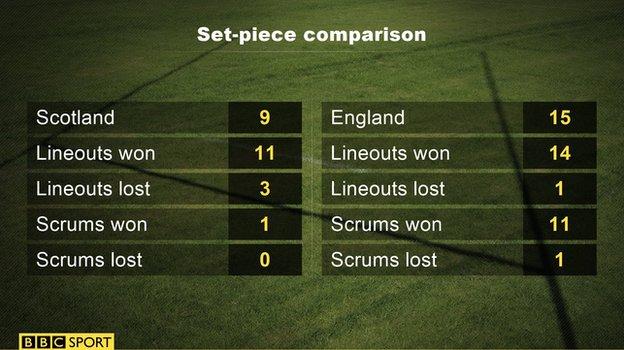 England also probably had two clear-cut chances to score tries and they took both of them.

From that side it is all positives but I think Joseph will want to be in the game more.

His centre partner Owen Farrell wasn't in the game that much either and full-back Mike Brown wasn't his usual self. That will come but it is just going to take a bit of time.

I am not massively sold on the combination of Owen Farrell and George Ford at fly-half and inside centre. If you have two number 10s who are out-and-out number 10s then both of them are spending too much time organising the game rather than carrying the ball.

Farrell only carried the ball three times against Scotland and Joseph four. The midfield is not really functioning properly if that is happening. But at the same time, they linked up beautifully to put Jack Nowell in for a try.

I would prefer an out-and-out inside centre who can also be a ball player rather than a fly-half playing there. At the moment it is a stop gap for England. 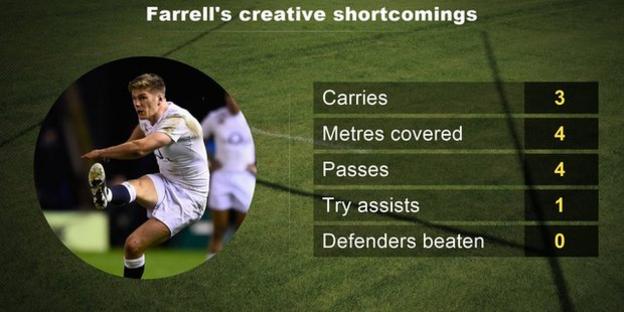 I would prefer someone with a little bit more individual threat who can also do the distributing. Someone who is saying, "I need to be in the game more". Sometimes Farrell is trying to plan what England do and plot them around the pitch. George Ford needs to be doing that.

Henry Slade is your dream but he is injured. He would have been the answer without a question of a doubt. At the moment they are having to do what they can with limited resources. 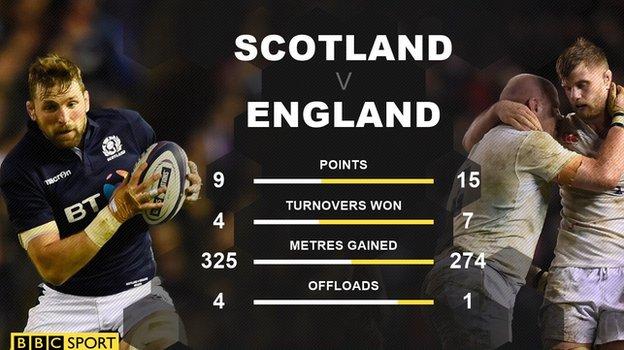 There are a lot of people in the England pack that can make turnovers with Dan Cole, Chris Robshaw, Joe Launchbury, James Haskell, Billy Vunipola and Mako Vunipola off the bench.

I do hope England don't come up against an out-and-out specialist open-side flanker and get done again. We are not going to see that probably until we go to play Australia in the summer but it will be interesting to see what England do in the meantime.

We still need to develop an out-and-out number seven. It will strengthen our game but someone has got to play well enough to keep knocking on the door.

I judge intensity on the speed of your ball coming out from rucks and how fast people are getting into position to carry again.

England completely outworked Scotland in that respect. I also judge intensity on what a side does in defence - in terms of line speed in getting up to make a tackle.

In the first half England were a bit off it but in the second half they were outstanding. They really led the line and outworked Scotland. From that point of view I think Eddie will be very happy.

The scorelines might be similar between England's first game under Stuart Lancaster at Murrayfield in 2012 (a 13-6 victory) and this weekend but England had a lot more control this weekend.

At the same time it can't really be compared. Stuart was creating a brand new team. He got rid of all the old guys and brought in loads of youngsters. Jones' team knew each other very well.

I would give it a solid six and a half out of 10. Maybe a seven. There is still a lot of work to be done but knowing Jones and the workaholic nature he has got, he'll think the same.