England and Wales have both named unchanged starting line-ups for Saturday's pivotal encounter.

Centre Manu Tuilagi returns to the England bench as one of four new faces alongside Luke Cowan-Dickie, Kieran Brookes and Joe Launchbury.

Wales have made three changes among their replacements, with Paul James, Luke Charteris and Rhys Webb coming in.

Scrum-half Webb is poised for his first Test appearance of 2016, having missed the World Cup with a foot injury.

"What's that rumble then? That'll be the thunder of number eights. Taulupe Faletau and Billy Vunipola on full collision course. What are the chances of it being the biggest dummy run in the history of the Six Nations, the meeting that never was?

"Thunder turns into a rush of passing air, the seismic into the soft whir of a rugby pall being passed.

"Taulupe avoids Billy, and Billy stays out of Taulupe's way. And the ball goes about its business and stays visible. The chances of that happening? Slim.

"There's a storm coming. Batten down the hatches and take cover."

VIEW FROM BOTH CAMPS

England head coach Eddie Jones: "We're a new England. We don't refer back to that game (the World Cup defeat against Wales).

"Seventy percent of our players are the same but we have a different philosophy of how we train, behave and play.

"We're in a good position for the game."

Wales head coach Warren Gatland: "I think both teams have got very strong defences. We pride ourselves on being able to play without the ball, and England are pretty good in that regard.

"We won't be throwing the ball all over the place, we will be pretty direct. 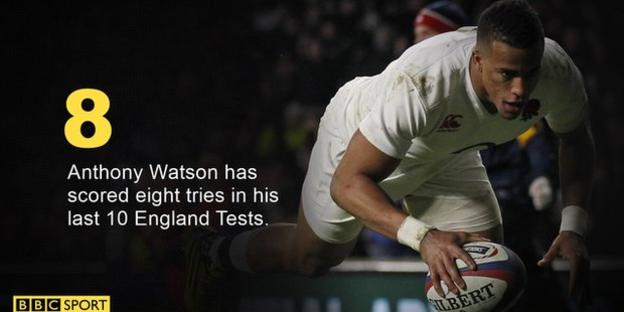