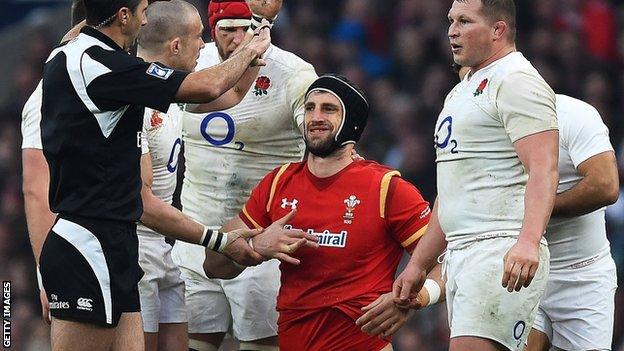 Lock Luke Charteris is warning that Wales will "pay the price" if they take Italy lightly in the final match of the Six Nations campaign.

He says they cannot afford to treat the game as a warm-up for their summer matches with England and New Zealand.

"It's a Test match, it's at home and seriously if you write Italy off, you'll pay the price for it," he said.

Wales have won six of their seven home Six Nations clashes with Italy.

Italy's margin of defeat in Cardiff has averaged over 24 points in those contests, though they earned a draw in 2006.

Italy are playing their final match under coach Jacques Brunel, and have lost all their games in 2016.

"I suppose they are (in transition), there's quite a few teams that are changing whether it be new coaching set-ups or bringing new players in," Charteris told BBC Radio Wales.

But it's an international game, there'll be no lack of motivation from their side of things coming off a defeat like that (58-15 in Ireland).

"Both teams will be out to right some wrongs and it should make for a good game."

Wales are playing for runners-up place in the championship after their 25-21 defeat against England.

Racing 92 lock Charteris, who won his 65th cap off the bench against Ireland, does not believe finishing second will represent a successful tournament for Warren Gatland's men.

Asked if second place would see the current Six Nations campaign regarded as a successful one, Charteris said: "No, because we were trying to win it.

"But if we come second, it's one (place) better than last year.

"Every year we go into the championship trying to win and with the confidence that we can.

"We've come up short this year - we will go again next year."