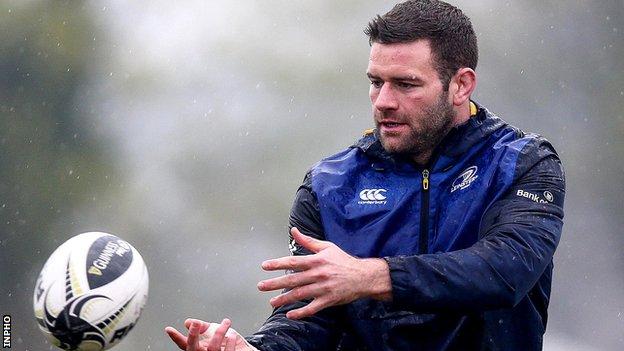 Leinster wing Fergus McFadden has been handed a three-week suspension for a dangerous tackle in Friday's Pro12 victory over Edinburgh at the RDS.

The Ireland international's high challenge on Damien Hyland resulted in only a penalty.

However, he was subsequently cited and on Wednesday banned for "carrying out a high and dangerous tackle".

Edinburgh centre Phil Burleigh was cited for "alleged contact with the eye area of an opponent" in the same game but the charge was not upheld.

Leinster top the Pro12 standings following the 30-23 win over the Scots, with McFadden scoring a try in Dublin.

"Taking into account weeks in which Mr McFadden was not expected to play, he is suspended from playing rugby up to and including Sunday, 22 May 2016," said the Pro12 Disciplinary Committee.

The ban would also see him sit out a likely play-off semi-final but McFadden would be available if Leinster make the Pro12 decider on 28 May.