Captain Sam Warburton is expected to be fit for Wales' summer tour to New Zealand as it has been revealed his shoulder injury is "short-term."

The British and Irish Lions skipper is having treatment on the right shoulder he injured in Cardiff Blues' Pro12 defeat by Ospreys on Saturday.

Alun Wyn Jones and Samson Lee are also set to be fit to face the All Blacks.

"These injuries depend on the person and their professionalism to the rehab," said Blues coach Danny Wilson.

"There's no doubt in my mind that he's such a good professional he'll go through everything he needs to get back. 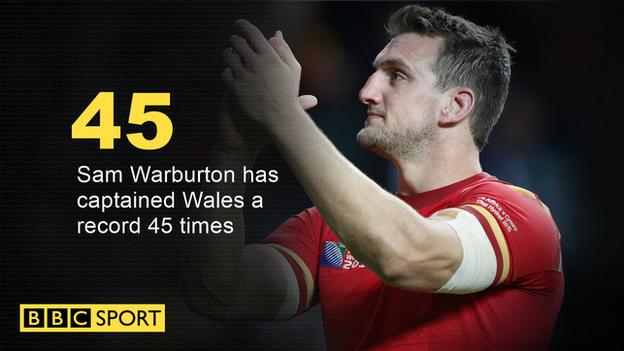 "As long as there's no other issues it should be shortish term process.

"I couldn't give you a time frame. Short term probably does mean hopefully he'll give himself every opportunity to be available for that tour. I don't see a major issue with that."

Warburton, who has skippered his country a record 45 times in his 64 Wales appearances, is expected to lead Wales on the three-Test tour to face the world champions.

The openside flanker came off after 28 minutes against the Ospreys after a collision with Wales team-mate Dan Lydiate and will miss Blues final Pro12 game at Edinburgh on Saturday.

Warburton has suffered shoulder injuries in the past and the 27-year-old missed Wales' tour to South Africa in June 2014 because of a dislocated shoulder.

Gatland is set to name his Wales squad on May 10 and the Wales coach will return to his home-land without flanker Justin Tipuric and wing Alex Cuthbert while Toulon full-back Leigh Halfpenny and Ospreys prop Paul James are injury doubts.

Wales play Grand Slam winners England at Twickenham on May 29 before their trip to New Zealand where Gatland's men will play the All Blacks in Auckland on 11 June, Wellington on 18 June and Dunedin on 25 June and also face Super Rugby side Chiefs in Hamilton on 14 June.