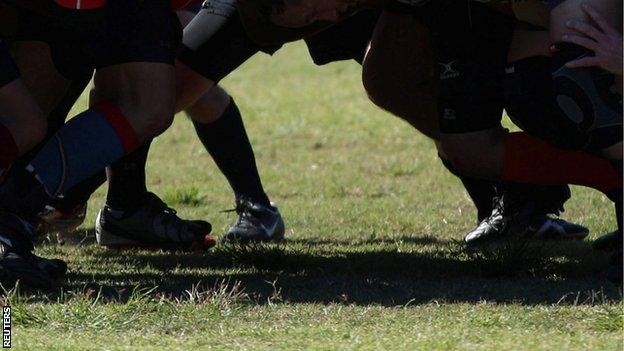 An amateur rugby union player who tried to traffic human growth hormone has had his ban doubled to four years by the Court of Arbitration for Sport (Cas).

Luke Willmott, who was captain of Derby RFC, was caught when 180 vials of Jintropin addressed to him were seized by border controls in 2013.

The Rugby Football Union gave him a five-year ban in 2015, later reduced to two on appeal.

The World Anti-Doping Agency and World Rugby appealed that decision to Cas.

The ban is backdated to August 2013, meaning Willmott is banned from all competitive sport until 15 August this year.

"Trafficking is a very serious offence under the world anti-doping code," the RFU said in a statement.

"As a union, we advocated for a ban of at least four years and support the increase from the decision of the RFU anti-doping appeal panel.

"Players should be aware that all doping offences will be treated seriously, irrespective of what level you play at."