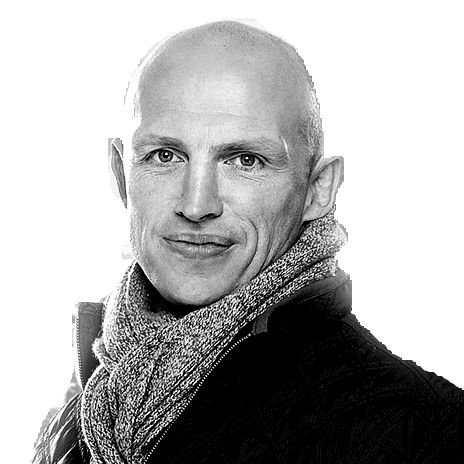 I am so proud to have known Joost van der Westhuizen well, having battled against him so many times on the field and then socialised off it.

He is one of those guys that whoever met him, at any stage of his life, they will remember it and recount to their children or grandchildren that they were in his presence.

His eyes lit up the room, particularly when he was poorly with Motor Neurone Disease, as it was his way of saying that he'll never give up. Joost's actions put a lot of things into context.

He was a very lively character. He knew how to party and knew how to celebrate. Saying that, he was very respectful in defeat as well as victory.

At the end of each game we would swap shirts, however I wasn't rushing to the home dressing room when we won the second Test in South Africa with the Lions in 1997.

Then again I didn't need to. Joost knew how poignant this match was and that I would want to keep my shirt, so he strolled into our changing room amidst a rendition of Wonderwall and gave me his. A tradition I tried to replicate for the rest of my career.

In fact, I had the chance to return the favour for his 50th cap when we played South Africa in December 1998.

After the game we would always meet up, have a chat and socialise. In the clubhouse or in town later on. For whatever reason we had a connection.

When I found out he was poorly, I naturally tried to support him. People from all different sports around the world did, too.

The last time I saw him was at the end of 2015, when he came to London and hosted a charity dinner for the J9 Foundation. Justin Rose donated items, Liz Hurley and Shane Warne were in attendance.

Goodness only knows how many international rugby players were there. I sat next to Joost and his brother Peter, who has barely spent a moment from his side since he was confined to a wheelchair.

Joost couldn't speak too clearly but understood every word spoken to him. As he muttered his answers, and Peter interpreted, Joost's eyes were bright blue with enthusiasm and energy for the stories we were recounting.

I remember zoning out from the potential awkwardness of having to ask him to repeat what he had said as I could hear every word crystal clearly from how his expressive face altered and eyes widened. His smile as wide as his stride that devastated every opponent.

Joost was one of the new breed of rugby players, not just a scrum-half.

Traditionally the position had been about kicking and passing from behind the forward pack. He tried playing the game at a very different pace, playing in different positions on the pitch - no one had really done that before.

He was playing for South Africa in what would be an iconic era for the country, not just the sport.

As one of the poster boys, he gave a huge amount to his country and his sport and millions of people in South Africa.

He was absolutely one of the lynchpins of the 1995 World Cup-winning side, up there with captain Francois Pienaar. Who can forget those telling tackles on the giant Jonah Lomu in the final.

I first watched him when Joost scored a try against England in 1995 at the front of a line-out, sprinting and side-stepping in front of the east stand.

It was the most ridiculous score. Only ever dreamt about by school children on a lunchtime break. Not at Twickenham versus England.

And to think that I was threatening to get into the England side the next week and make my debut. Little did I know that I'd face this great seven times in my career for England and the Lions. What a total privilege.

He was one of those guys that, when you were working on the opposition, he was always top of the 'danger men' list that you would plan how to negate. No exaggeration. Every time!

It's not very often as a scrum-half that you have to actually go head-to-head against your opposite number because you're playing behind the first line of defence.

But I had to expect that he was going to make a break or break through a tackle every time. So I would never give anyone else the responsibility of marking him.

Joel Stransky loved playing outside him as Joost created so much more time for his backs. You had to watch him like a hawk, therefore nobody could fly out of the line in defence. A secret weapon that I've only ever seen once in another player - Wales' Rob Howley.

Every player knew that when Joost was around the fringes he would be a threat.

Every move he made, every part of his brilliant armoury we had to understand because he was so lethal.

With his size and speed he was capable of doing things other scrum-halves could not do. He had a presence of mind and fleet of foot. You couldn't really try to emulate him. With his kicks over the top and breaking through tackles - he had it all, or so we thought.

Given the debilitating illness that was always going to take Joost from us so early, JVD was always so philosophical about life. Making the most of every moment. Accepting regrets and moving on to a better mental state.

I will always be in awe of what he's done for the awareness of MND. A brave battler to the end, a stare to intimidate and a smile to embrace.

I'm now going to climb into the loft, find his shirt in an old kitbag and place it on a chair next to me. I wish I had a Castle Lager to toast him as I know it'll be on the front of his jersey, but a fine single unique malt whisky will serve as the perfect toast.

Read more on I don't feel safe in USA - Onuoha

Hamilton 'overcome with rage' at US events

Read more on Hamilton 'overcome with rage' at US events