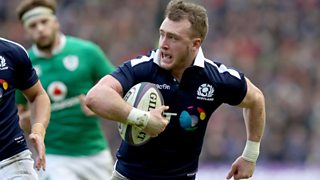 Scotland full-back Stuart Hogg says reported plans to condense the Six Nations into five consecutive weeks from 2020 would be "impossible" for players.

English clubs have proposed scrapping the current two rest weeks, but Hogg believes the physicality of rugby means playing on a weekly-basis would be too much.