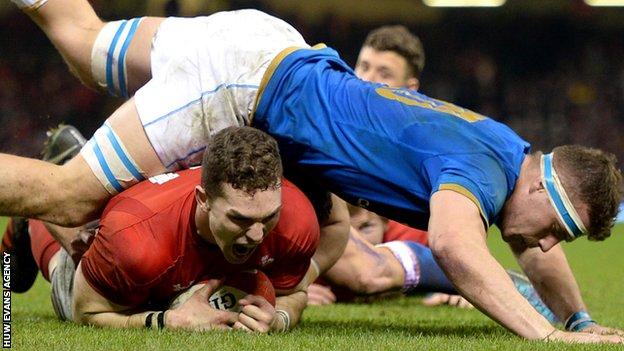 Wales face South Africa and then Argentina twice in June.

Howley confirmed: "North and Moriarty are available for selection for all three games and will be playing."

The Test between Wales and the Springboks takes place on 2 June, outside the global dates in World Rugby's calendar.

Clubs based outside Wales are under no obligation to release players for games that fall outside those dates.

The Welsh Rugby Union has an agreement with Wales' four regions to ensure their players are available to the national team.

North is joining Ospreys from Northampton for 2018-19 while Moriarty is Dragons-bound from Gloucester.

Saints have been involved in talks aimed at releasing North early from his contract to make the tour.

Moriarty's new boss at Dragons, Bernard Jackman, did not expect any issues over the player's availability.

However, Charteris, Francis and Adams were replaced by Aaron Wainwright, Rhodri Jones and Ashton Hewitt respectively for the trip.