Wales international and Ospreys prop Paul James has announced his retirement from rugby at the age of 36.

James won 66 caps for Wales since his debut in 2003 against Romania and made over 200 appearances for the Ospreys over two spells with the region.

In a post on social media, James cited his shoulder as the reason for retirement, adding that it had not recovered despite two operations.

"I'm sad to say my time has come to an end," reads James' social media post.

"After two shoulder ops and a lot of rehab I'm afraid that my shoulder hasn't recovered."

James featured in three of Wales' five Six Nations games on the way to winning the Grand Slam in 2012 and played in all five games as they retained the title the following year.

"I look back with no regrets and loved every second of it," James added.

"I will miss the banter with the boys but hope to get a new buzz out of dipping my toes into coaching." 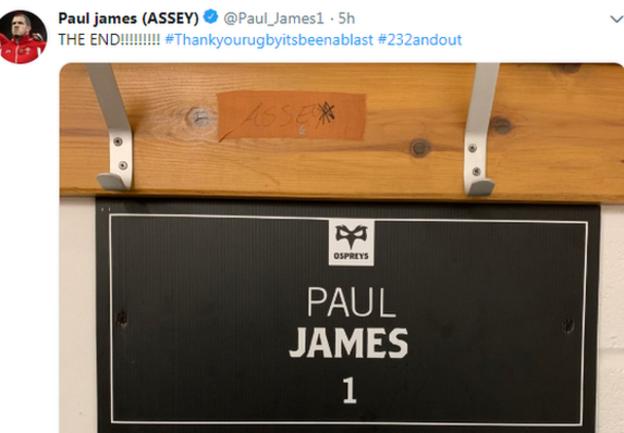