If you could choose a combined XV from England and South Africa at this World Cup, you would choose all England players.

So in Saturday's final, if South Africa play exactly the same as they have done throughout the tournament, I think England can handle it.

I cannot see how South Africa's gameplan is going to work against a side who are going to match them physically.

However, there is a part of me that still thinks South Africa are going to do something a bit different. They have been lulling us in, saying they are going to do the same thing all the time.

The Springboks have got players there who can score tries and play expansively. I am not saying that is going to be enough, but England have got to be wary of that.

Head coach Eddie Jones has named an unchanged starting XV for the match, while Springboks counterpart Rassie Erasmus has got wing Cheslin Kolbe back after an ankle injury.

I think these are the six key battles that could decide the game. 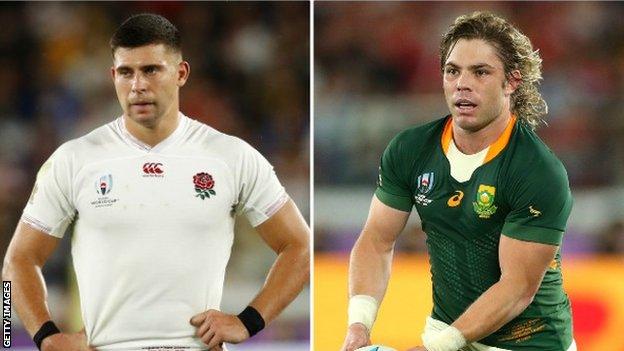 People would argue you should have scrum-half Faf de Klerk over Ben Youngs in a combined XV, but to manage the game at this level I would have Youngs all day long.

They have played each other a lot in the Premiership, with De Klerk at Sale and Youngs at Leicester, and I would not be surprised if the latter is thinking, 'why is everyone talking about this guy?'

If Youngs gets his forwards to dominate South Africa, he could make mincemeat of his opposite number.

If there is parity, then De Klerk is going to have to bring out some of his magic. He is very good at changing the tempo of the game. We have not seen the counter-attack, quick-tap penalties and quick line-out throws he is capable of yet.

De Klerk can be a superstar but he can also be a chink in the Springboks' armour. There will be more of Youngs' eye on De Klerk than the other way around and that might be to the England nine's advantage. 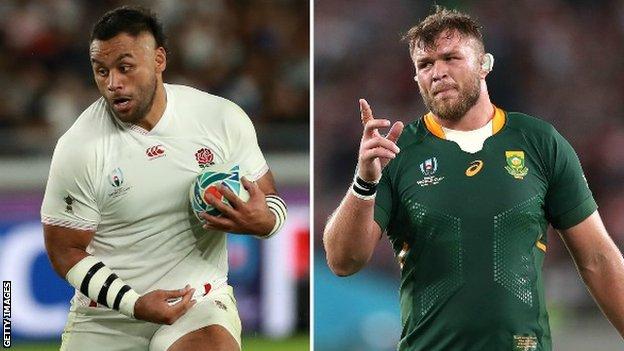 South Africa number eight Duane Vermeulen has got 53 caps and England's Billy Vunipola has got 50 so they are as experienced as each other and both world-class.

Neither of them have absolutely smashed it this World Cup but maybe Vermeulen has the edge - Vunipola is going to have to step his game up to deal with him.

South Africa are going to compete for the ball a lot more than New Zealand did because Scott Barrett, who is usually a lock but was playing at flanker, was non-existent at the breakdown for the All Blacks.

England had flankers Tom Curry and Sam Underhill, who were over the ball constantly. Against South Africa, it is more well-matched in that area.

If either back row is dominant, that will determine the game. 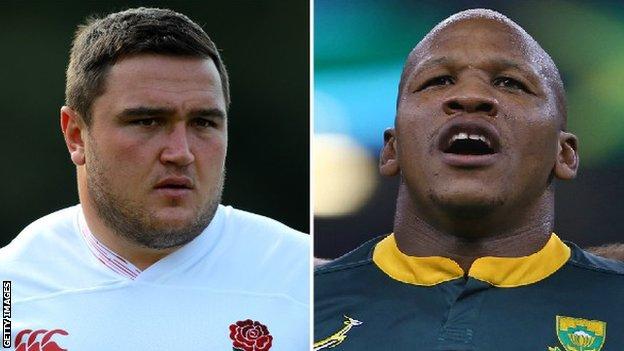 South Africa will look to put pressure on the line-outs. If they nick one or two early on, the seeds of doubt will start to grow a bit.

There will be lots of line-outs because South Africa will kick a lot and England will not be scared of kicking to touch either because they are good in that area.

You have got two top-drawer second-row partnerships who know the line-outs inside out. But which hooker has got it to nail the line-out throw under the most intense pressure?

In the middle of the scrum, with South Africa's front row you are going to be at it for 80 minutes.

When you are getting scrummaged hard every single time and getting challenged on the breakdown, then you have got to go to a line-out - that is asking a lot.

Under all that pressure, I would have England hooker Jamie George over South Africa's Bongi Mbonambi but I would not be surprised if the Springboks have George high up on their target list. 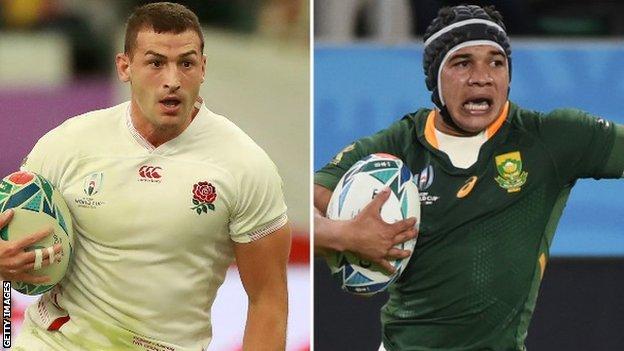 Wing Jonny May is certainly going to get plenty of opportunities to run at Cheslin Kolbe and I think fly-half George Ford will target him in the air.

May is so good in the air you would be foolish not to pepper Kolbe a bit and see what his injury is like, whether he is fully fit.

If England choose to attack down the Springbok's wing, they will make some metres with May. But who knows whether we are actually going to see Kolbe with ball in hand against him?

So I think May wins this one because England will have more chance to tactically attack.

There are two brilliant benches but England have by far the better mix and balance of replacements.

South Africa go for six forwards and two backs. For this type of game, England have a better split of five forwards and three backs.

I think England will be in the lead and at some point South Africa are going to have to chase. That is very difficult when you have only got two backs on the bench.

If Kolbe went down early, do you put Frans Steyn - who mostly played at centre before this World Cup - on the wing?

If he does come on at centre, Steyn will not run round the outside of Jonathan Joseph or Henry Slade - no chance.

Whereas if England need to chase, they have got players who could create something from nothing. 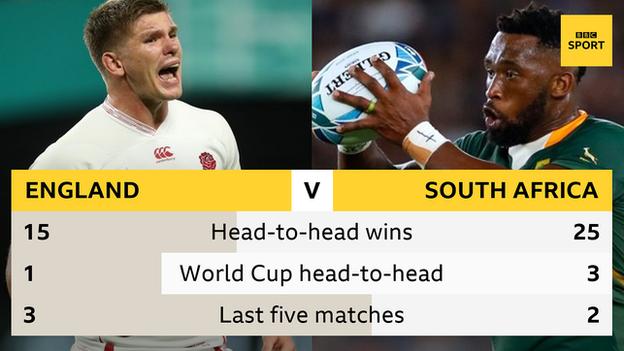 Before this World Cup, I had South Africa down as my second team because I heard the story about captain Siya Kolisi and his upbringing. It was phenomenal.

England are going to have their own emotional motivation. They have not won the World Cup for 16 years and went out at the group stage in 2015.

But maybe South Africa edge the emotional battle because of Kolisi.