I have managed three wins in three games against France with Wales so far and hope to maintain that 100% record on Saturday.

But all those results could have gone the other way. What those games have shown is we can't keep getting away with letting France making a fast start against us.

We have managed to claw them back in the last couple of matches but it might not be third time lucky this weekend if we repeat previous mistakes.

In Paris last February we gave them a 16-point head start and came back to win with some individual brilliance which set us on the way to the Grand Slam.

Then in Oita last October we let them start fast again before we battled back to win the World Cup quarter-final by one point.

That game summed up the French and how dangerous they can be.

Looking from the outside in, there were stories of turmoil in the French camp with internal arguments but you never know what is exactly going on.

I was always wary of what they could do in Japan because when there are hints of strife happening, that is when the team can pull together and put in a good performance against all the odds.

We knew we were for a tough game and they had such a flying start with an early advantage and a couple of quick tries.

Fortunately we were able to turn it around with a try against the run of play through Aaron Wainwright. Then early in the second-half they had Sebastien Vahaamahina sent off for the infamous elbow on Wainwright.

We just managed to clinch the game with a bit of brilliance towards the end from our forwards and scrum-half Tomas Williams to get the win.

We can't keep relying on clawing them back though. They have individuals within that team that can break a game wide open and lift their side.

If the team is not going well, somebody can come up with an act of brilliance and all of a sudden they will have points on the board.

It is a tough challenge and this French side look more settled under a new coaching team coming in and fresh faces within their squad which has helped them win against England and Italy in the tournament so far.

Some of those danger-men are in the backline where they could have the likes of Virimi Vakatawa and Gael Fickou lining up.

Both French players are big powerful runners with the ball and can step off both feet.

Fickou scored a good try in my first game against France two years ago, while Vakatawa set up a good try at the beginning of that World Cup quarter-final.

They provide a stern challenge and you want to test yourself against the best. So whoever plays it will be a great personal battle and one we can hopefully win.

And of course they now have Shaun Edwards in their corner.

The time Shaun had with Wales was very successful. He is well respected not only within Wales but around the world as well with the way the Welsh team has defended for a long period of time.

You can already see his influence on the French. They have brought a lot more line speed and attacking the breakdown a lot more which is something he advocates.

Shaun keeps you on your toes which is good and he always works well with his analysts to provide a lot of different technical scenarios and systems which you might face.

Of course he will not require a huge amount of technical data against Wales because he knows the squad so well. Shaun is very good at what he does and a lot of players here played under him for a long period of time.

He is good mates with some of the management team so I am not sure whether there has been any texts going backwards and forwards this week.

One thing that Shaun is very good at is motivation, as France look for their first away Six Nations win in Cardiff since 2010. Shaun will ensure they are very hungry and will be getting them psyched up all week.

France have been very good at home in this tournament with two wins. The Stade de France is a great stadium and a hard place to go and win for opposition sides. 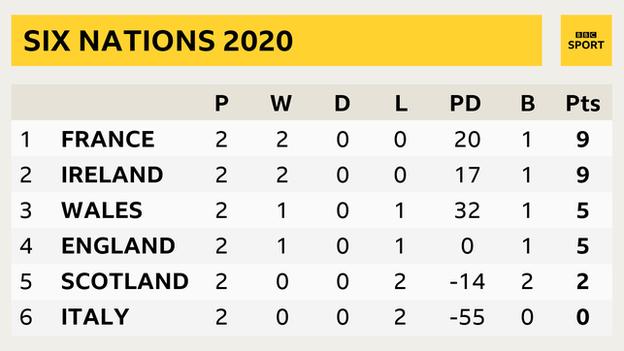 In this competition it is hard to win away so hopefully we can create some pressure and thrive on that in our home in Cardiff.

The Principality Stadium is a great place to play and on a personal note it is an honour for me to hopefully be running out in front of my parents again who will watch the game before heading back to New Zealand on Monday.

It has been awesome having them here. I hope they have enjoyed spending time with their new granddaughter Ruby and they have been outstanding with her.

Suzy and I have loved having them here and it's always disappointing when they have to go back. Hopefully we can send them off with a win.