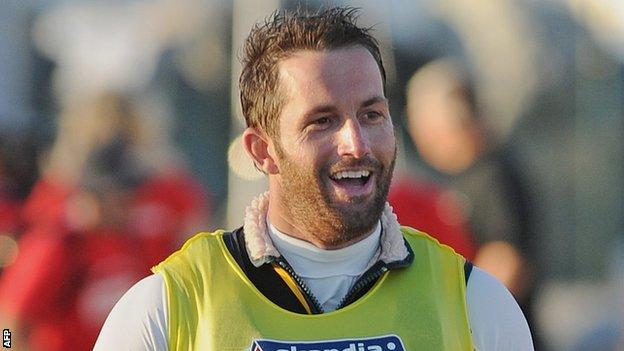 Britain's Ben Ainslie will compete in this week's Palma leg of the World Cup circuit, which is the opening European World Cup regatta of the 2012 season.

He will compete for the first time since being disqualified for gross misconduct at the World Championships.

Ainslie became angry at a media boat he believed had passed too close and boarded it to confront the crew.

Nick Dempsey and Bryony Shaw will not be competing, having featured at the RS:X Windsurfing World Championships.

The Palma leg gets under way on 2 April with Olympic gold medallist Iain Percy also in Britain's squad. Both Ainslie and Percy have recently suffered back injuries.

Triple Olympic gold medallist Ainslie said: "The last four weeks have seen some great gains in the reduced level of pain and my ability to train hard both on and off the water and it is a huge relief.

"I still have some way to go but if I can continue training at this intensity then I am confident that I will be fitter and stronger than I have been for a long time."