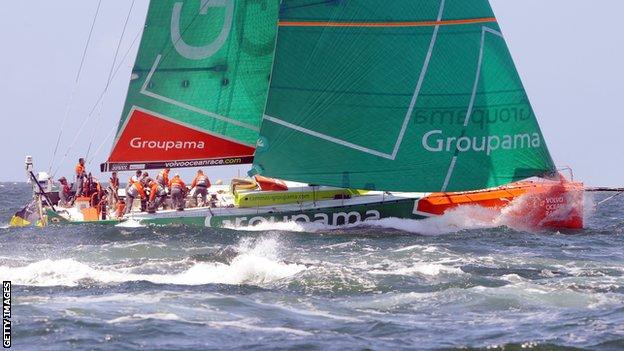 Groupama have won the nine-month Volvo Ocean Race after opening up an unassailable lead with one leg to go.

The French team, skippered by Franck Cammas, finished second in the Lorient to Galway leg and cannot now be caught.

"This is an incredible moment for me," said Cammas. "It was always my dream just to participate in this race."

It is only the second time that France have won in the 39-year history of the event, formerly known as the Whitbread Round the World Race.

American team Puma will finish third, ahead Telefonica who slipped back to fourth. The Spanish team were overhauled by Groupama after leading the race from October to May.