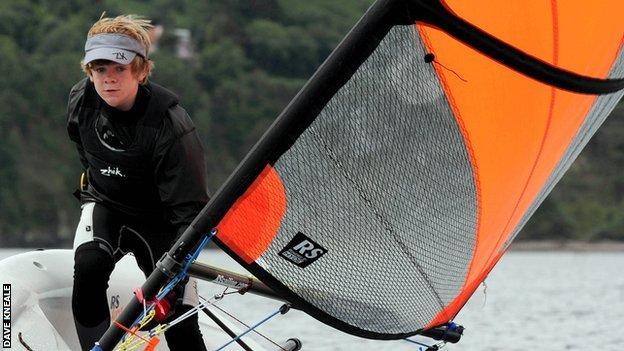 Isle of Man coach Jenni Quillin said: "It is an incredible result for Manx sailing and we are incredibly proud."

All four members of the Manx team finished in the top ten places with Ffinlo Wright, 11, just missing out on the podium in fourth.

Ms Quillin continued: "We are over the moon for all of them and to have two world champions in the same family is very special."

The world championship consisted of a ten race series contested over five days in Italy. All the sailors train at the 7th Wave sailing school in Port Erin.