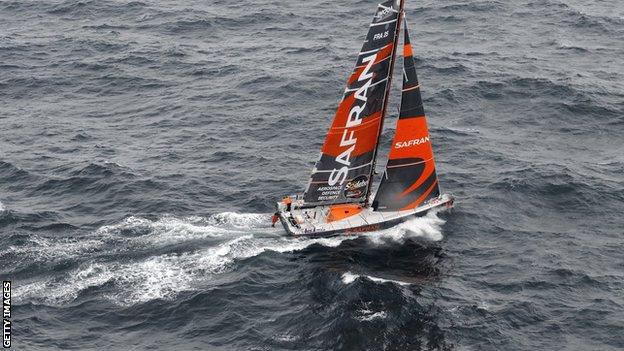 French skipper Marc Guillemot, one of the favourites to win this year's Vendee Globe, has pulled out after his boat Safran broke her keel.

He was then forced back to Les Sables d'Olonne less than 24 hours after the start of the competition.

A Safran group statement said: "As we don't have a spare keel Safran is unable to rejoin the race"

It added: "The Safran group has been alongside Marc Guillemot for the past seven years and supports him in this difficult moment."

Guillemot's early departure leaves a field of 19 at sea, with Francois Gabart of Macif leading from previous winner Vincent Riou with 23,760 miles and three months of sailing ahead.

The keel is a part under the boat that provides extra stability.

French sailors have won all six previous races, with Michel Desjoyeaux taking the last one in 2008-2009.