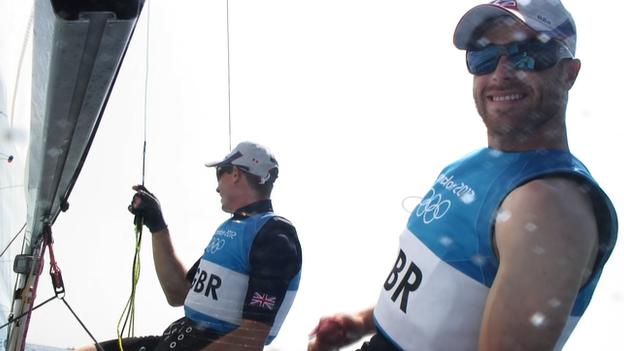 Britain's Olympic silver medal-winning duo of Luke Patience and Stuart Bithell have split ahead of the 2016 Games.

Bithell will be too heavy to crew the 470 dinghy in Rio's light winds and is moving to the 49er class, leaving Patience to look for a new crew.

The pair were beaten to 470 gold by Australia's Mathew Belcher and Malcolm Page in Weymouth this summer.

"It's been very difficult for Stuart to keep his weight down under his natural weight, so with Rio also looking to be a light-wind regatta Stuart is going to have a go at the 49er, the men's high performance skiff.

"Luke is on the search for another top crew to hopefully go one better than the silver he got in 2012 and go for gold in Rio."

Patience and Bithell, both 26, teamed up in 2009 and shortly afterwards finished runners-up at the World Championships in Denmark.

The Britons were also runners-up to Belcher and Page at the World Championships in Perth in December 2011.