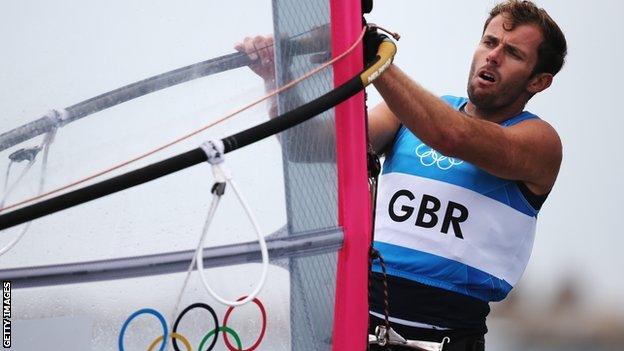 "I've kept it steady this week and did everything I could and have ended up having one of the best regattas of my life," said the 32-year-old.

Dempsey also holds the world crown he won on home waters in Weymouth and Portland in 2009.

And he said that the 2013 title is good preparation ahead of the 2016 Olympics in Rio de Janeiro.

"This trip has been great preparation for Rio and I think it's going to suit me there," he added.

"It's going be slightly lighter in Rio than here, but I'm one of the smaller guys in the fleet so hopefully that will work in my favour."

Shaw was delighted to claim her medal behind Israel's Lee Korsitz.

"I'm really happy to come away with silver, I feel I've been sailing really well," she said.

"This week has been really important for me confidence-wise and I've showed a few things this week and am developing some real super-strengths."