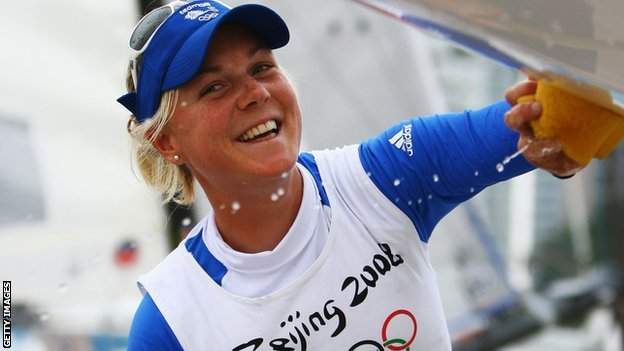 Beijing Olympic gold medallist Pippa Wilson will make her comeback in Majorca next week after taking a break from the sport.

Wilson, one of British sailing's famed "three blondes in a boat", is competing in the Princess Sofia Trophy.

The 27-year-old stopped sailing competitively in 2009 to gain "fresh air away from the sailing circuit".

She will return to take up the challenge of multihull sailing in the new Nacra 17 class with John Gimson.

Wilson won gold with Sarah Ayton and Sarah Webb in Beijing but the Yngling class was then removed from the Olympic programme.

She tried out alternative classes, including a 470 partnership with eventual 2012 silver medallist Saskia Clark, before stopping sailing.

"I just didn't have the motivation emotionally or physically to give the campaign what it deserved," said Wilson. "I was fearful of compromising Saskia's chances of winning the gold in 2012 and I wanted to commit fully to her, but in my heart I couldn't.

"I needed some time to develop away from sailing. I knew the decision I was making meant missing London 2012 - time just goes too quickly - and I knew it would be an incredible Olympic Games, but I felt I had no choice."

Wilson and double Olympic silver medallist Joe Glanfield are two familiar faces who are returning to the British Sailing Team ranks in a bid for Rio success in 2016.

Glanfield announced earlier this month he was to join forces with 2012 silver medallist Luke Patience in the 470 class.