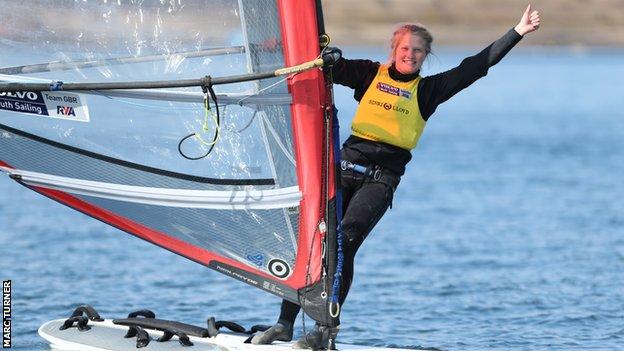 The 16-year-old will defend the crown she won in Dublin last year.

"I have been training really hard since I won gold at the 2012 youth worlds to make sure I qualify again, so I'm really happy," said Sills.

"It's going to be a great experience to compete in what is regarded as the Youth Olympics of sailing."

Sills was nominated for the 2012 BBC Young Sports Personality of the Year award and was crowned RYA Youth National Champion last week, which qualified her to compete at the Youth World Championships in Limassol in July.

"It feels amazing to win the RYA Youth Nationals again as it gives me the chance to go back and defend my World title," she added.

"It's still very scary but I'm really looking forward to racing against the best people in the world."