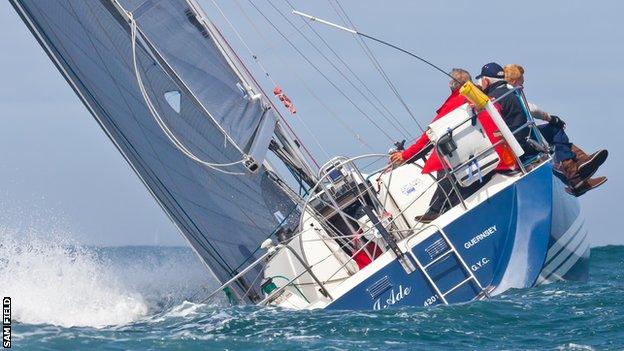 A total of 98 yachts took part, with the X-362 holding off the challenge from former winners Less Xpense and Jackana to secure the title.

Clark and his crew completed the race between Jersey and Guernsey in a time of four hours and 55 minutes.

The prize for the first young skipper was won by Matt Perkins, who sailed Genie to a fourth-placed finish.