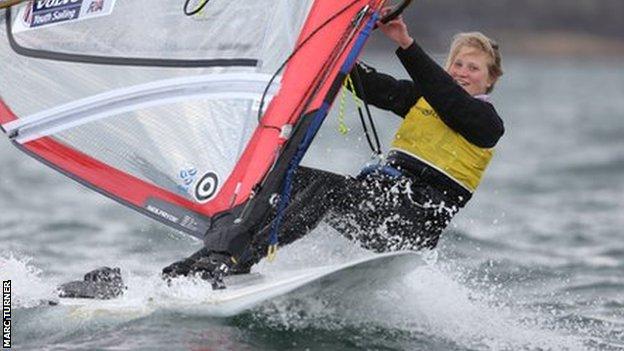 The 16-year-old experienced mixed fortunes during the girls' RSX event, with an unfortunate incident at the start of race nine costing her dear.

Sills recorded an OCS (On Course Side), meaning she did not properly start the race and was penalised heavily.

"It's amazing. I actually can't believe that I'm the youth world champion," he said.

"To win the regatta with a race to spare at such a massive event is unbelievable.

"I have put together a great series and have had such a fantastic week of racing here. I still can't quite believe what has happened."

In Sills' event, China's Lu Yunxiu took the gold, with Italy's Marta Maggetti and the Netherlands' Sara Wennekes finishing in the silver and bronze medal positions.