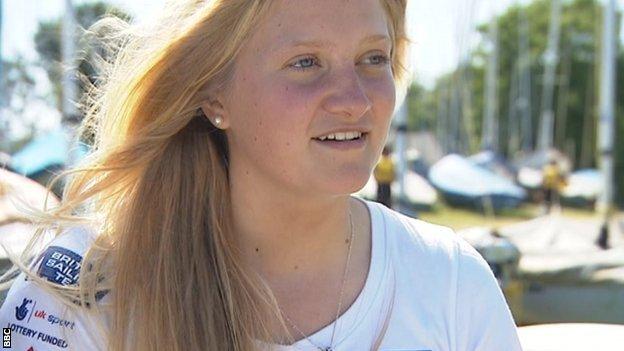 Cornwall's Imogen Sills has the chance to win a medal at the World Youth Championships after finishing in ninth place at the end of the qualifying.

The 17-year-old will compete in Saturday's medal race with the rest of the top 10 in the standings.

But her twin sister Saskia will not be in action after finishing in 16th place in Citavecchia.

Saskia, who won the World Championship in 2012, told BBC Spotlight she was "absolutely gutted" by her result.

The field missed a day's action on Thursday because of bad weather.