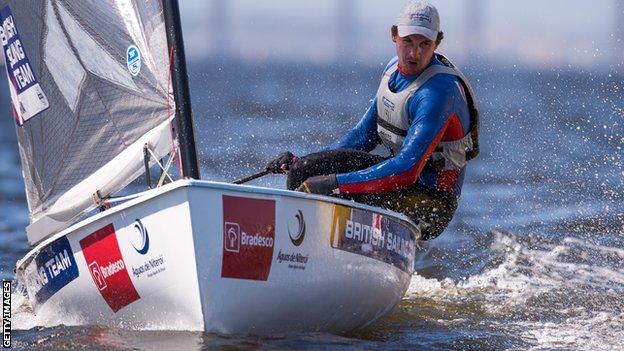 Finn sailor Giles Scott was one of three gold medallists for Great Britain on a successful week at the ISAF World Cup event in Miami.

Scott was nine points behind Australia's Oliver Tweddell going into his final race but edged out his rival.

New pairing Stevie Morrison and Chris Grube came third in the 49er as well as Frances Peters and Nicola Groves in the 49erFX, Ben Saxton and Hannah Diamond in the Nacra 17 and Nick Thompson in the Laser.

Weguelin and McIntyre got the first of three golds when they came from off the pace in their medal race, picking their way through the field to win the race and the class.

Shaw opened up a lead in the RS:X standings early on and comfortably held on, finishing third in the medal race and five points clear overall.