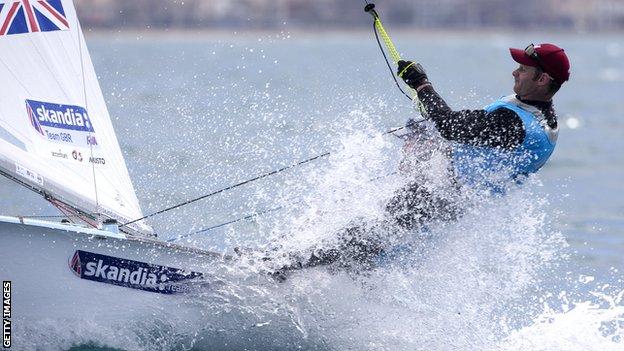 The 34-year-old, who won silver at successive Games in Athens and Beijing, returned to the double-handed 470 class in 2013 after a four-year break.

He partnered Luke Patience to European Championship silver and the pair were expected to race at the 2016 Rio Games.

But Glanfield said: "What I'd need to be prepared to sacrifice and compromise is a bit higher than I am prepared to."

The father-of-five added: "Once I saw a conflict between doing a gold medal-winning campaign and living the life I want to live with my family then it became clear to me that the answer was to stop now and allow Luke to get on with someone else.

"As Luke and I sailed it became quite clear what we felt was required to win a gold in Rio, and I increasingly felt as though it was going to be difficult for me to do exactly what was required."

"There's not really any sadness," Glanfield added. "I'm glad I did it. I feel sorry that it didn't work out for Luke and I, but I really enjoyed the experience of sailing with Luke.

"He's a great guy and I've got a huge amount of respect for him. He's in the perfect place to do a committed campaign for Rio and I wish him all the best for that."