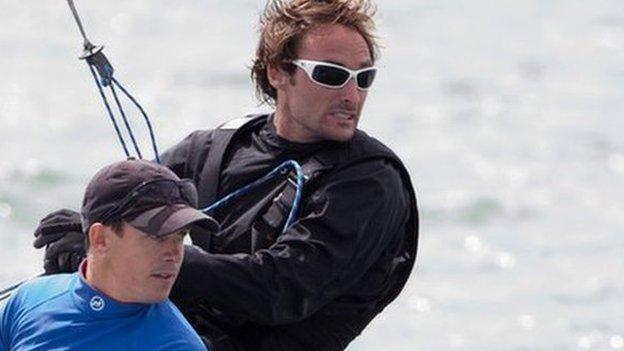 Now partnered with 30-year-old Willis, Patience said: "Sailing with Elliot is a prospect I'm quite excited about.

"We've known each other for many years now and I think that we probably understand each other quite well."

The pair will begin training next week in Palma, Majorca, ahead of their first ISAF Sailing World Cup event together, which starts on 31 March.

RYA Olympic manager Stephen Park said: "Elliot's been a key player and medal contender in the RYA's world-class programme and in the world 470 fleet for a number of years.

"We've benefitted from his coaching input of late, but I'm delighted that we'll be seeing him back on the racetrack in a class he knows so well and has had great success in over the years.

"Both Luke and Elliot are fantastic sailors and I look forward to seeing their progress together in the months to come, and ultimately hopefully realising their gold medal-winning potential at Rio 2016."

Great Britain won silver in the 470 event at London 2012, when Patience was alongside Stuart Bithell.

However, Bithell decided to switch to the 49er class a few months later, conscious of Rio's lighter winds.