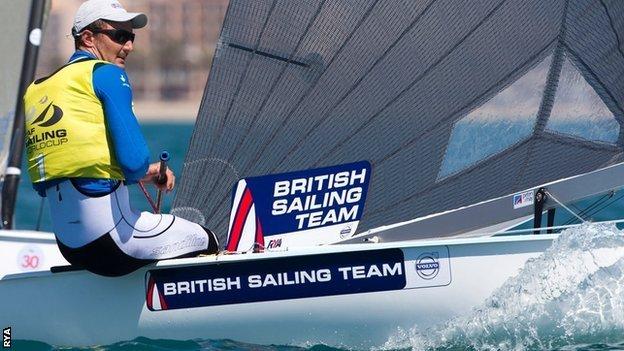 Scott, 26, remains unbeaten since his full-time return to the Olympic class after a stint in the America's Cup.

Olympic silver medallists Hannah Mills and Saskia Clark were third in the 470, while Chloe Martin claimed her first podium finish in the laser radial.

Scott picked up two yellow-flag penalties for illegally rocking his boat on the downwind legs of the 10-boat final, following a strong start over rival Thomas le Breton.

"I got a good start, which enabled me to be on top of him," said Scott.

"I ended the race a little frustrated, to be honest. I picked up two yellow flags, which of course I thought were unfair, but I would."