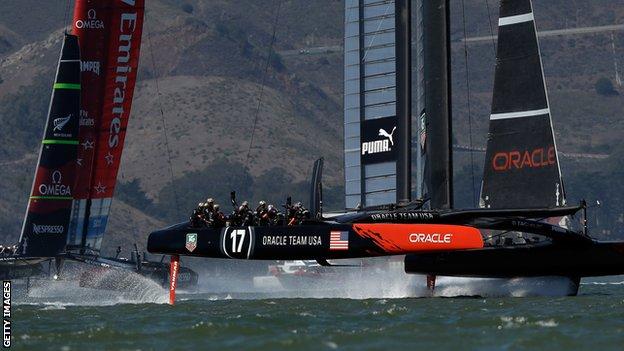 San Francisco, San Diego, Chicago or Bermuda are all vying to stage the America's Cup finals in 2017.

A final decision is due by the end of the year.

Ainslie, a four-time Olympic champion, hopes to challenge for the America's Cup with his own British team, based in the south of England.

But he says there are a number of factors under consideration, including the public interest in sailing at each venue and the potential for sponsorship and other commercial activities.

The time zone is also a consideration.

The West Coast of the United States is around eight hours behind most of Europe, where many of the teams, sponsors and fans are based.

Being further east, Chicago and particularly Bermuda have an advantage and may be able to offer more attractive racing times for European TV viewers.

Next Tuesday, Ainslie is due to launch a British team that will attempt to challenge for the America's Cup.

He was drafted in as tactician and helped reverse an 8-1 deficit.