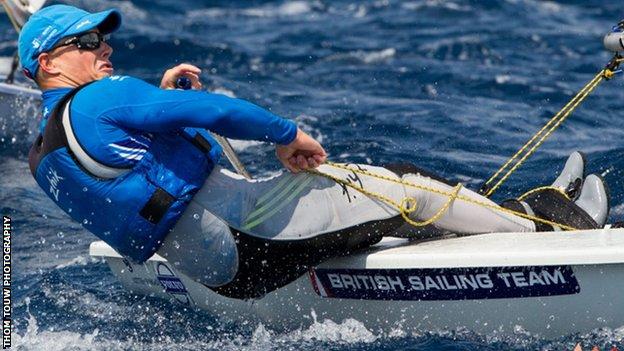 Britain's Nick Thompson and Chloe Martin both won bronze medals at the European Championship in Croatia.

A lack of wind meant there was no racing on the final day as Thompson, 28, claimed a medal in the Laser Class and Martin, 23, in the Laser Radial.

"It's really good to be back on the podium," he said. "It would have been nice to have had the chance to race for the win, but it proved impossible."

Only six of the scheduled 12 races took place in Split across six days with the final three races cancelled.

Martin said: "It's incredible. I wasn't quite expecting it if I'm honest, but my coach Hugh [Styles] believed I could do it so that really helped push me on.

"It was a tricky week but you just had to keep sailing your best."