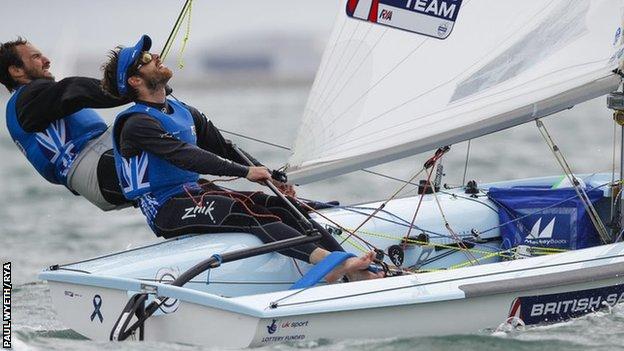 British pair Luke Patience and Elliot Willis have won gold at the 470 European Championships in Athens.

Olympic silver medallist Patience, 28, and two-time world champion Willis, 31, opened up an unassailable 22-point lead with a day to spare.

They can also catch Australian world champions Mat Belcher and Will Ryan in the overall event in Tuesday's finale.

Hannah Mills and Saskia Clark are assured of European silver in the women's fleet.

Patience, who only teamed up with Willis in February, said: "What we've done is create a bit of guessing in the fleet as to what we've been doing and why we've gone so well.

"We've been on fire speed-wise, we've been really accurate with our strategy on the course and we've executed it exactly as we've wanted to."