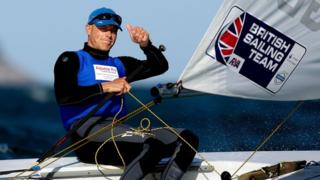 Great Britain's Nick Thompson says he is disappointed at having to settle for bronze at the Sailing World Championships in Santander.

The 28-year-old crossed the line in the men's Laser medal race in seventh to finish third overall, as the Netherlands' Nicholas Heiner won gold and Australia's Tom Burton took silver.