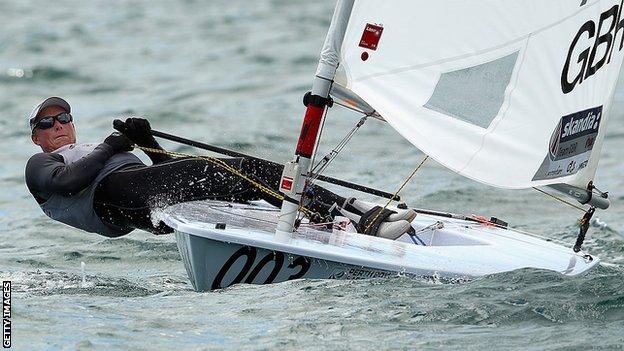 Thompson led from day one of the seven-day regatta and won by by 12 points from Jean-Baptiste Bernaz of France.

He is Britain's third world champion this year in the 10 Olympic classes as Rio 2016 approaches in August.

"It was a pretty tricky event. I'd be lying if I said I wasn't feeling a little bit of extra pressure on me," said Thompson on defending his title.

"It's pleasing to have done this because it shows we're moving in the right direction and the things I've been needing to work on have been covered.

"Rio's a very tricky venue and is different to what we've had here so I think there's still some work to do, but pretty much I just need to maintain the hard work we've done already and I think we should be in a good place."

Giles Scott in Finn and Alison Young in Laser Radial are the other British world champions in 2016.