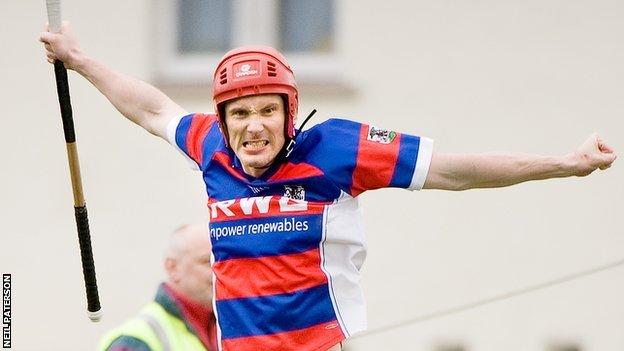 Champions Newtonmore maintained their two-point lead in the Orion Premiership with a resounding 7-2 home victory over bottom side Kilmallie but there are changes in the chasing group.

Kinlochshiel, with a 4-0 win over Kyles, leaprfogged into second place above their opponents who drop to fourth following Fort William's 2-0 success over Inveraray, also on home ground.

An early double from Glen MacKintosh and a goal in each half from Danny MacRae, with Chris Sellar also scoring just before half time, had More on easy street.

Michael Rodger didn't get the first of his two for Kilmallie until it was 4-0 but then David Cheyne and John MacKenzie completed the champions' scoring as Kilmallie drift two points off the pace at the bottom.

Scott Henderson on the half-hour and Ryan Campbell in the penultimate minute were Fort William's scorers against Inveraray, while Kinlochshiel will be delighted that their Balmacara pitch eventually became playable for their remarkable ousting of last season's runners-up.

Finlay MacRae got two for Shiel after one from his brother Keith and Duncan Ach MacRae completed the scoring.

The Ronald Ross factor won it yet again for Kingussie, 2-1 over Lovat at Kiltarlity. Ross, on his first start of the season following an ankle injury, got both for the Badenoch team - one in each half - but Martin Bell's late response for Lovat created a nervous seven minutes of stoppage time.

The two points may well have turned the tide for Kingussie who had only previously registered one win in their first four league outings.

Lewis MacLennan scored the only goal of the game for Glenurquhart against Bute in the remaining Premiership encounter at Drumnadrochit.

A Sean Nicholson hat trick for Lochaber at Beauly helped them oust the home side from the top of Marine Harvest North Division 1 to the tune of 5-0.

In the preliminary round of the Scottish Hydro Camanachd Cup, Oban Camanachd's 100% record for the season came to an end with a 1-1 draw with Glenorchy in Oban, while Caberfeidh beat Inverness 5-2 at Bught Park.

Kingussie opened their defence of the Sutherland Cup, the Scottish reserve championship, with a 4-1 away win over Oban Camanachd's second string Lochside Rovers.