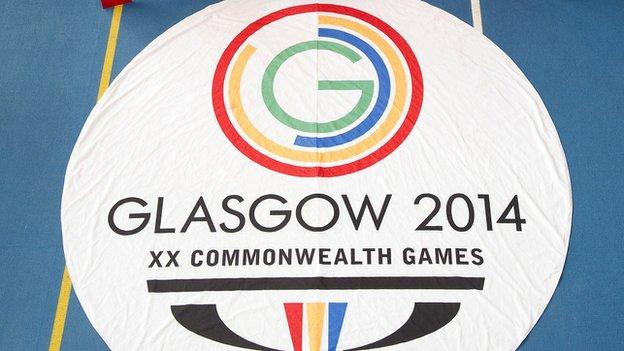 Scotland is expected to land a record haul of medals when Glasgow puts on the Commonwealth Games in 2014.

The full programme for the 17-sport, 11-day Games, which will feature 256 medal events, has been finalised.

And Commonwealth Games Scotland chairman Michael Cavanagh believes the host nation can surpass the 33 medals won in Edinburgh in 1986.

"We are confident that we can manage our best ever medal performance," Cavanagh told BBC Scotland.

"That's what our target has been all along.

"Beyond that there are other things; we want big crowds and for the people of Scotland to see the best athletes in the Commonwealth.

"And I think these Games will leave a fantastic legacy."

Included for the first time will be a triathlon mixed relay event and there will be additional shooting events for women.

And that gives Delhi 2010 success story Jen McIntosh the chance to defend the gold medals she won in the 50m rifle prone and 50m prone pairs.

The Aberdeen-based shooter also picked a bronze in the 50m rifle three-position pairs with Kay Copland.

"I'm excited to see that it's been brought into line so that men and women have the same number of events," McIntosh told BBC Scotland.

"We'll look at realistic goals closer to the time. At the moment I'm working on dreams and ambitions and, for me, that's three golds."

Twenty-two of the medal events will be in para-sports, the most in the Games to date.

The inclusion of the tandem para-cycling event for partially-sighted riders, with a sighted pilot, will excite Scots, with Neil Fachie and Aileen McGlynn riding for Paralympic gold in London later this year and seeking to continue on to the Sir Chris Hoy Velodrome in Glasgow.

Cycling will be the fifth para-sport on the programme alongside swimming, athletics, lawn bowls and powerlifting.

Scotland's third Commonwealth Games will run from 23 July to 3 August in 2014.